Our Celebrity was Julian Clary and his book was The Bolds. 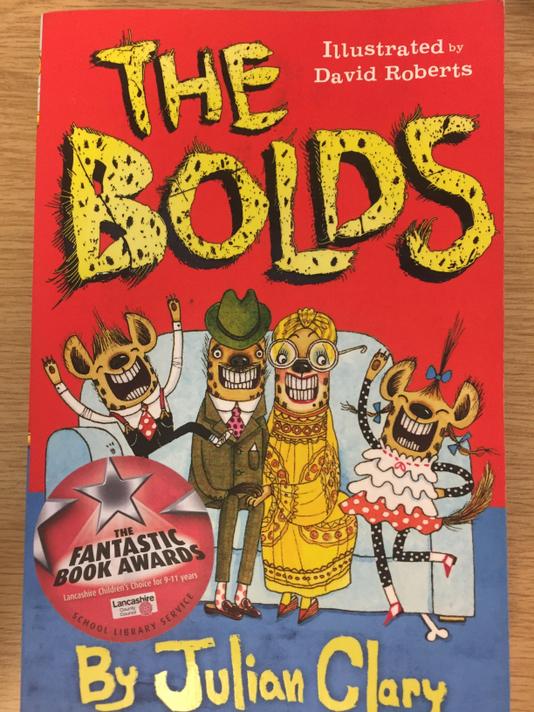 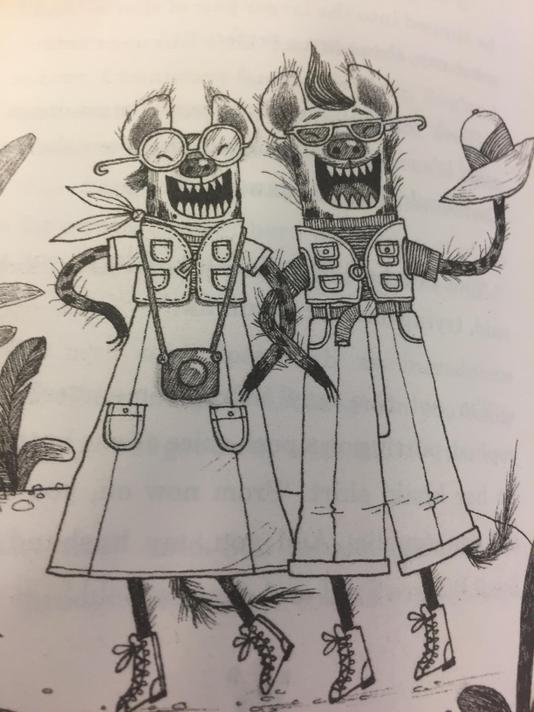 Do you have any grumpy people living near you? Do you think they look a bit strange sometimes as if they were a bit too furry or have sharp pointy teeth? Well, the Bolds are that sort of family.

The Bolds are a family of hyenas disguised as humans. At first, they find it hard to act like normal people. When they settle in the human world and stop worrying, for example, about trying to teach their children (Betty and Bobby) to act like humans, all different kinds of chaos starts.

The neighbours are getting nosy; some secrets are being found out because the Bolds forget to hide their hyena habits and the neighbour is watching the Bolds in his spare time. Can they save an old hyena, Tony, from the safari park and does he become a part of the Bolds family?

The Bolds have a very grumpy neighbour called Mr McNumpty.  We read about him then drew a picture. 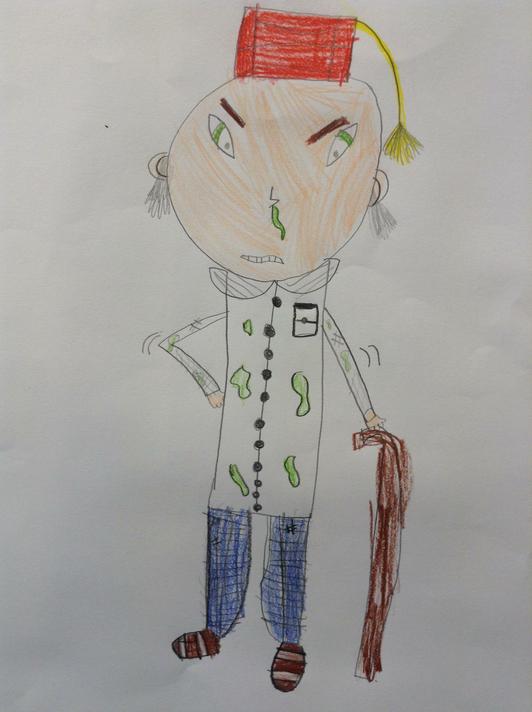 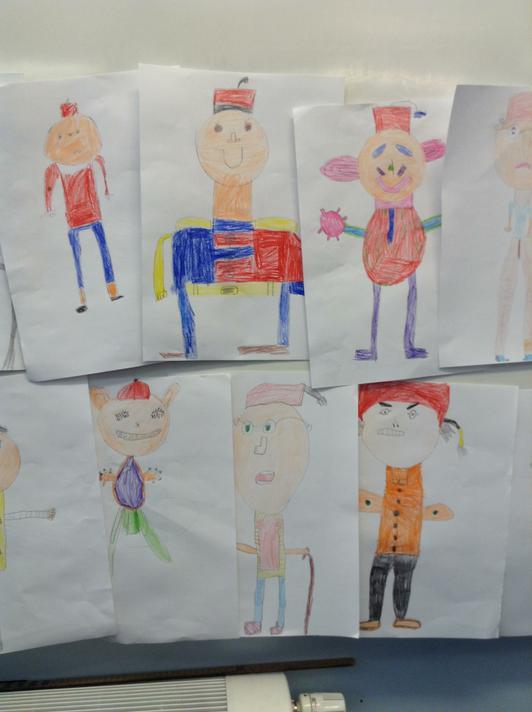 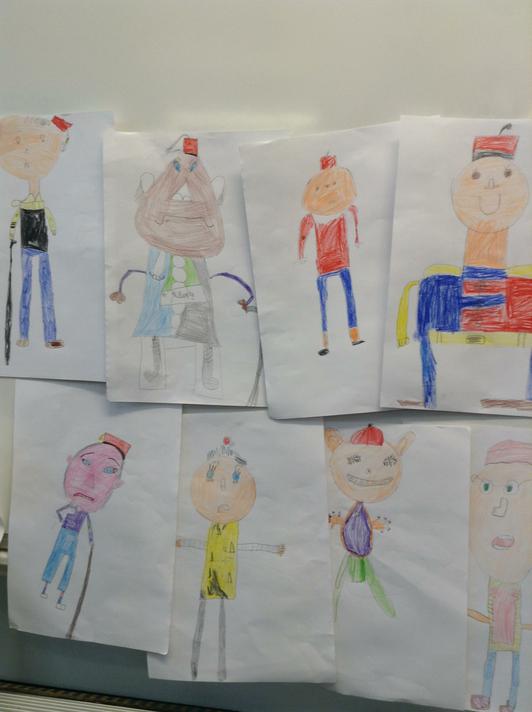 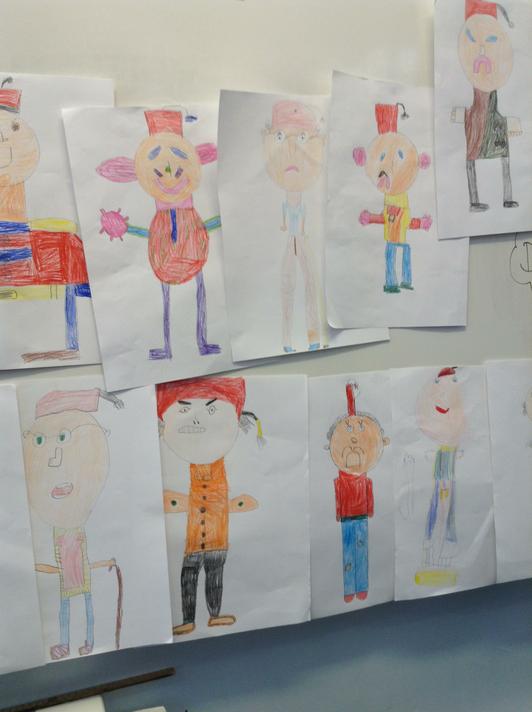